Your video will begin in 5

Download/stream: https://jaymesyoung.lnk.to/HappiestYearID
In the spirit of honesty, I have to admit that "Happiest Year" has always been a deceiving title. That might seem obvious upon listening to the song, but I haven’t been very open about why it's deceiving.

The writing and recording began amidst one of the darkest places of my life, in 2018. I was completely in hell. I was lost in deep loneliness, depression, and a sense of regret that I had never experienced before. Time was standing still, and the world was moving by without me, day after day. It was such a disorientating labyrinth of emotions for me, and I was completely turned inside out over the pain I was dealing with. I wasn’t eating, sleeping, or taking care of myself. I was exhausted in every way, and mentally so foggy. I isolated myself from everyone for months. It probably wasn’t more than 10 days after I started writing and recording the song that I drove myself to the hospital seeking professional help.
"Happiest Year" is really about the first year of a relationship, before things went sour. I had family and close longtime friends visit me during that first year, who later expressed concerns over my state of bliss. I don’t think I really wanted to see it, because I was too happy in the moment to consider the possibility that I was perhaps embracing a fairy tale with an uncertain ending.

So, it’s actually a pretty backhanded thing for me to say “thank you” like I do in the chorus of the song, because really I’m saying “at least you gave me that first year” haha. There’s both spite and gratitude in that phrase.

Now, in the last year I’ve realized the song has meant something much less petty for those who’ve been listening. I feel humbled by, and I started to embrace that idea even on tour last year. When I was singing it, it started to mean something different, something less burdensome, and something less attached to that dark period in 2018 when nothing in my life seemed to be okay.

In the end, I guess it’s a little strange for me to be releasing a music video for "Happiest Year," but I’m glad for it. I’m so pleased to have created a story with the director, my friend Erik Rojas. This is my favorite video I’ve made so far and I hope the message (albeit dark at face value) is received as a lesson in appreciation for what is given to us, no matter what the circumstance. Lessons about life, and happy times in general, are not always packaged neatly in a box that you get to conveniently open and close when you want.

This description is so much closer to what I originally tried to urge the song was about, and I have to thank my community of fans for reminding me of the bigger picture.

I was practically writhing in pain when this song was written, so it’s quite liberating to see some good coming out of it. Somehow it's come full circle in this music video, which I’m now happy to share with everyone. Thanks for all your continued support, and I hope the song and video can be a form of expression that helps people release some negative energy during the world’s current state of anxiety.

Lyrics:
I’m really on the ropes this time
I’ve been fighting all my life for you
I never should’ve said goodbye
Maybe that’s what stupid people do 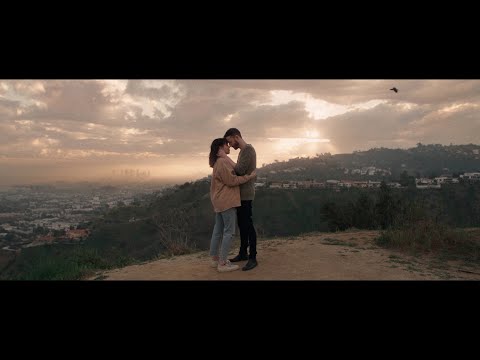 Download/stream: https://jaymesyoung.lnk.to/HappiestYearID In the spirit of honesty, I have to admit that "Happiest Year" has always been a ...